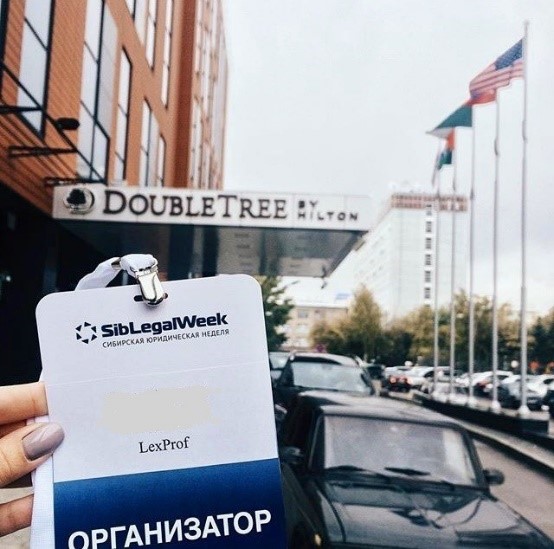 From 8 to 13 October the Siberian legal week - SibLegalWeek-2016, was held in Novosibirsk and it became a traditional event.

Managing partner of LexProf Tatyana Goncharova admits that the organizers had to make enormous efforts to not only organize the event at top level, but also to make it truly innovative and interesting for practitioners.

It should be noted that the efforts of the organizers were not wasted. SibLegalWeek attracts more and more participants every year, expanding its geographical borders and erasing the borders within the legal community.

The uniqueness of the event lies in the fact that only there practicing lawyers, advocates, judges, representatives of state structures and business exchange their professional experience for a whole week in various forms of interaction. 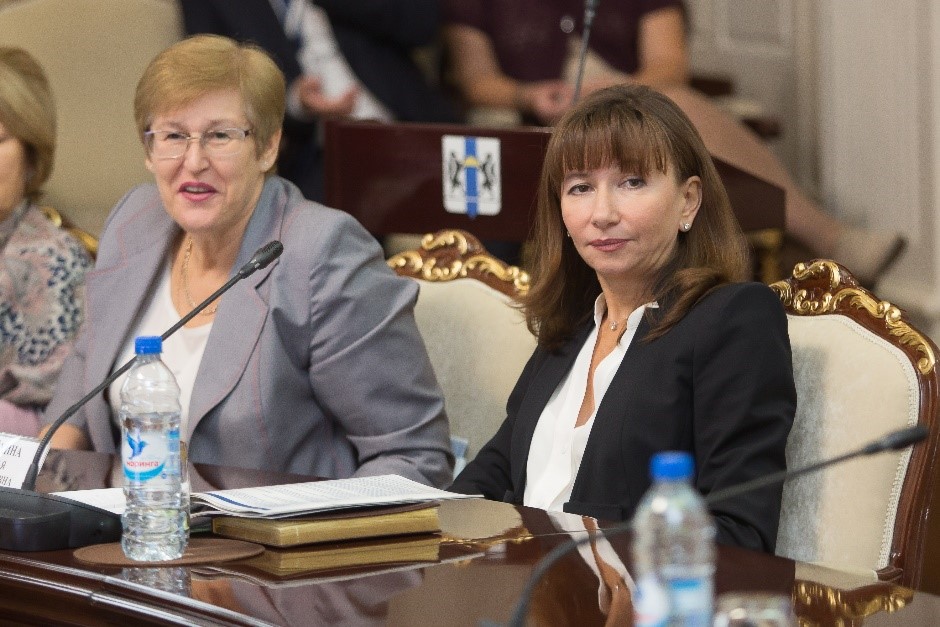 Only there the actual legal problems are really considered from different points of view, and only under such circumstances, everyone can directly ask the question to the judge, the honoured civilian or the Minister of Justice of the region.

The Siberian legal week (October 8-10) started with judicial competitions which were found enjoyable last year, and during which, in the conditions of maximum likeness of the trial, both lawyers and students of law faculties were able to show their professional skills. The essence of the competition was that competitors were offered a trial plot and the goal: for one minute to convince the arbitrators in their rightness. Then the opponents should change places and again must convince the arbitrator in exactly the opposite position within 60 seconds.

LexProf team expresses its deep gratitude to them for taking the time and opportunity to participate in SibLegalWeek-2016, which made this event completely unique and special.

Between the participants, there were real judicial battles, which, on the one hand, were very exciting to watch, on the other hand, judicial battles were a unique opportunity to find something new for them. The fact of great value was that after the battles, the judges openly expressed their opinions both about the subject of the dispute and the advantages and disadvantages of the speakers' speech.

Tuesday, October 11 began for participants of the Siberian Legal Week - 2016 with the round table «International Aspects of Business Development», moderated by Anton Imennov (advocate, special advisor, head of international practice and practice of private clients of the law firm Pen&Paper, St. Petersburg.) In addition to the Russian participants in the discussion, one could also listen to the speeches by Leonid Guriev (a United States lawyer) and Xenia Künstler (a German lawyer.).

In the afternoon, the participants were given the opportunity to take part in the event of a non-standard format - small round tables. At one table there were partners of successful law firms, practicing lawyers, law students and just people interested in law. Various topics were offered for discussion and exchange of opinions: persuasiveness in court, legal writing through the client’s eyes and through the eyes of a court, the visual appearance of a lawyer and others. Each of participants had the opportunity to express an opinion, and then get comments from the judges of the Arbitration сourt of Novosibirsk region and the opinion of the chairman of the Dzerzhinsky district court of Novosibirsk.

Wednesday, October 12 was remembered by the appearance of long-awaited guests - Roman Bevzenko (Candidate of Science (Law), professor of the Russian School of Private Law, partner, head of the practice of special projects of the law firm Pepelyaev Group, Moscow), who moderated the strategic session at the central event of the forum - conference «State and Business: Ways of Development and Interaction», Alexander Ermolenko (Candidate of Science (Law), associate professor of the Moscow State University named after O.E. Kutafin, partner of the law firm FBK Legal, Moscow) and Denis Novak (Candidate of Science (Law), professor of General Problems of Civil Law Department of the Russian School of Private Law, Moscow), co-moderators of the session «Corporate Management: Realities, Trends and Perspectives», as well as Alexey Karpenko (senior partner of the law firm Forward Legal, Moscow) and Denis Saushkin (partner of the law firm Zabeyda, Kasatkin, Saushkin and Partners, Moscow), who co-moderated the session «Legal Protection of Business». 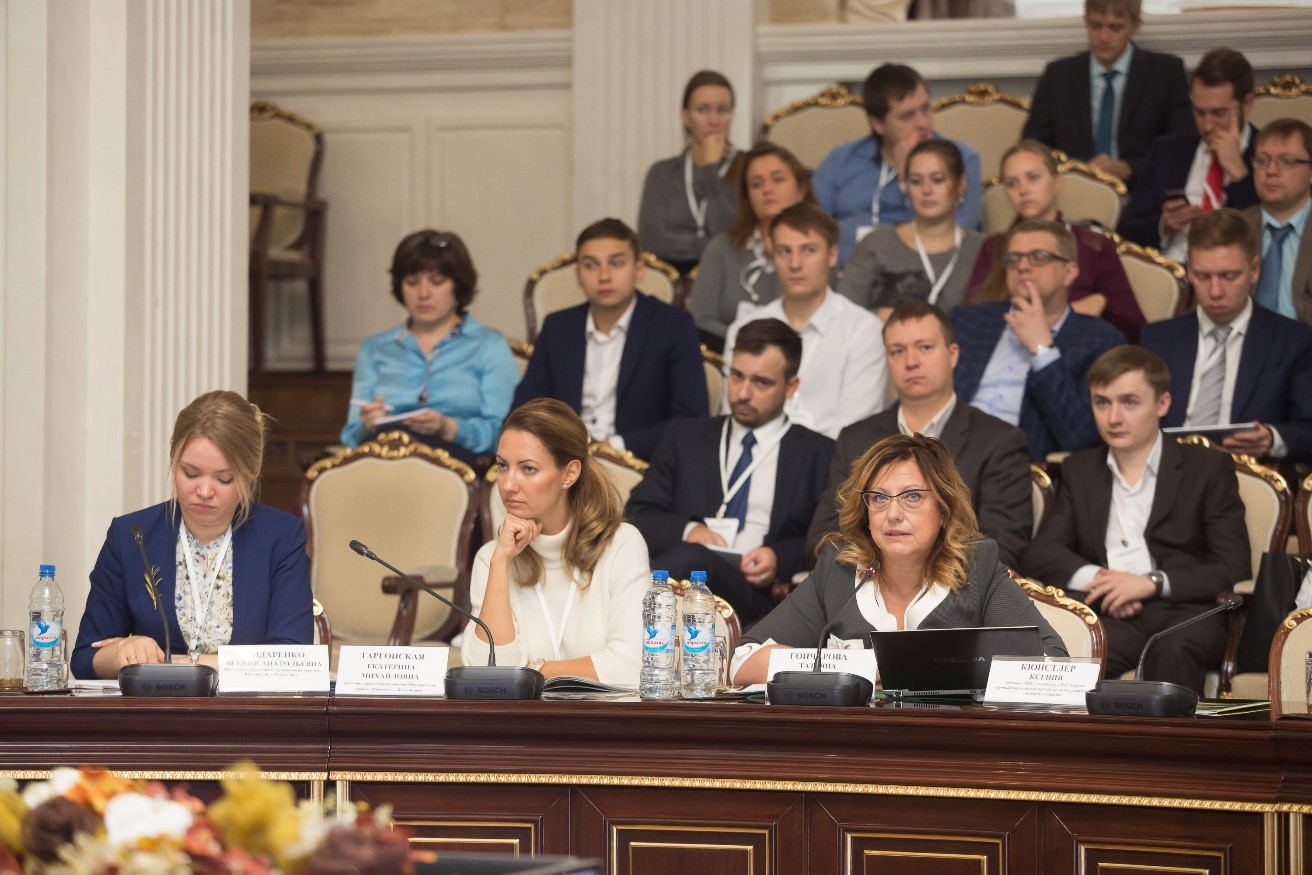 The mutual responsibility of the state and business was in the focus.

The dialogue between the authorities, professionals-practitioners, legal experts, representatives of supervisory bodies, the judiciary and entrepreneurs was an effective resource for consolidating the experience gained, developing of legislation, improving law enforcement and determining the way to achieve «public consent». 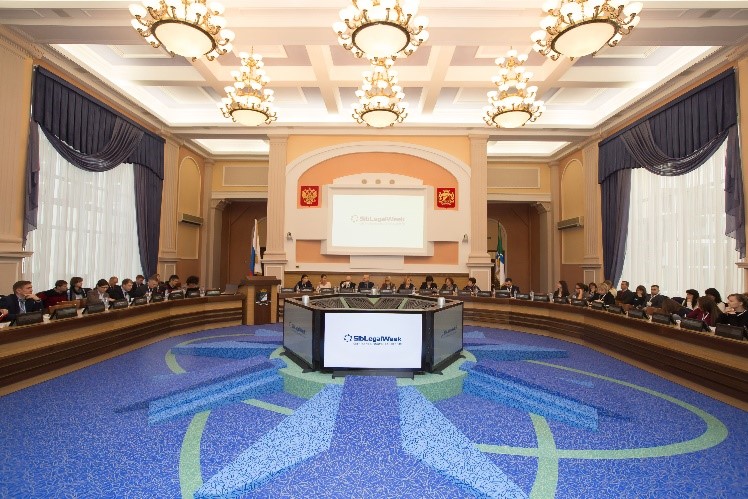 Organizers saved the most interesting for last. On the final day - October 13 panel discussions were held on various topics, including corporate, bankrupt, tax and criminal sessions, land, and real estate sessions. Each participant could attend the session on the most interesting and relevant subject for him. During the discussion between the speakers, there were several disagreements on legal issues, which, in our opinion, makes the visit to the session even more useful and attractive, because «the truth is born in dispute».

Here is one of the reviews of the participants in the SibLegalWeek:

Yesterday and today I participated in the session of a magnificent event - Siberian Legal Week (SibLegalWeek). I am very glad that Denis Novak took part in all the events with me.

The organizers entrusted me the honor of moderating the strategic section on the interaction between business and the state and the section on property law. I am so overwhelmed with positive emotions from the event that I really want to write about it.

I can not hide my admiration for the fact that in Novosibirsk I have for the first time seen something like the emerging single legal community. Judges, lawyers, legal advisers, private practitioners, lawyers of state bodies are absolutely honest and in the same boat, do not oppose themselves to each other (like I am a boss, you are a subordinate).

It is absolutely impossible to imagine, for example, in Moscow. The idea of the closeness of the judiciary from the legal community, from any public events, the author of which is, as I understand it, the Supreme Court, is absolutely counterproductive, wrong and harmful. On the contrary, trust to the judges who are not afraid to publicly perform their views on legal issues, participate in discussions and so on, is much higher in the legal community. If only because lawyers understand such judge and his motives much better.

What happens in Novosibirsk is simply a miracle, it's some kind of joy, a tremendous pleasure from communicating with smart and passionate colleagues. I do not know why. Perhaps this is because of that it is Siberia and intellectual (by reason of Akademgorodok) Novosibirsk and here the degree of reasonableness and the desire to jointly solve problems is higher than in Central Russia, I do not know.

We sincerely hope that the Siberian Legal Week-2016 was productive and left its participants with pleasant memories.

Please note that participation in the event is completely free of charge.

Details of the event in 2017 will be published later.